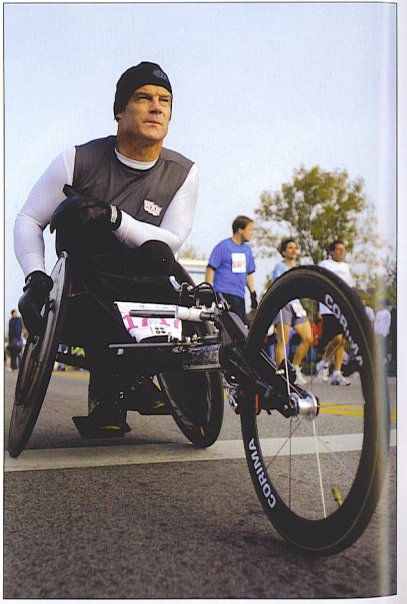 I had the privilege of attending a parent/student meeting at South Side High School in Rockville Centre the other night.  For a change, I was neither an attending parent nor a presenter; I was a very interested observer for a number of reasons.

As a mother to teenagers, I was happy to see a school district take a novel approach to support teens in making better choices.  It’s hard enough to do the right thing in life; when you’re young and inexperienced, filled with emotions and dying to be cool – it’s that much more difficult.

The event was mandatory for teens attending the Prom and their parents.  The expectations for a trouble-free, alcohol/substance-free weekend were firmly outlined; any sign of indulging would be met with a breathalyzer (when appropriate) and being removed from Prom and the graduation ceremony.  The PTA organizes a post-Prom party free to all students, filled with activities, food, music and cash giveaways to give students a safe after-party experience.

It was important to have the parents there as witnesses – there would be no room for negotiation on these rules.  Anyone violating the school policy during the Prom, graduation rehearsal or the graduation itself would not march in the procession.

After the rules and expectations were covered, students had the chance to meet a good friend of mine — someone who had the misfortune of making a critical error in judgment; one that would haunt him forever.  He was there to reinforce the fact that invincibility is a mirage for us mere mortals – especially for over-confident teens with impulsive tendencies.

It was December 1981 when Peter Hawkins (then 17) attended a party for a classmate.  To put the times in perspective –MADD and SADD were in their infancy.  In N.Y., the drinking age was 18 and a driver’s license was without an identifying photo.  In short, it was a pretty lax climate for underage drinking.

The party was held at a bar, though most of the kids were 17.  Peter decided not to drive that night, because he planned on drinking; he had a ride and so he was set to do what he wanted that evening.  And that is where this story goes off the rails.

Instead, he promptly fell asleep in the passenger’s seat, without a seatbelt on.  His friend decided to cap off the evening with a drag race that ejected Peter from the car, severing his spinal cord, paralyzing him from the waist down.

A year older than me, I knew Peter as captain of our football team, an incredible athlete who, in spite of a slight frame was as tough as nails.  His accident had a deep impact on the entire school even for those, like me, who only knew him casually.  It was a few weeks before Christmas and this young man – a force of nature, known for his signature flip in the end-zone – was in a coma; the heaviness was felt by the entire school.

As he spoke to the students at South Side High, he didn’t spare himself blame; he didn’t hold back on personal details on how the accident did more than take his ability to use his legs; he held himself out as a cautionary tale.

For some mistakes in life, there is no do-over or ‘I’m sorry’ that erases the difficult consequences.  Giving away your personal responsibility to someone else doesn’t excuse you from owning the poor outcome.  Some things in life you get to wear, whether it is fair or not.

The best you can do is to share these mistakes in the hopes that someone else gets spared making these mistakes.  That is what Peter does every time he bares his journey to teens.

I can’t help but connect all this to financial health, which is my role in life.  How many times do I hear investors blame their plan on the fact that they turned over their power to someone else – someone who maybe wasn’t fully equipped to actually deliver good financial oversight or worse, someone with bad intentions?

Yet, people make this mistake every day by failing to look into the professional – or the financial firm – to check for violations or disciplinary actions.  They don’t ask questions that might be uncomfortable.  They work with people who have no legal obligation to look out for their best interests, and somehow they think the financial professional is going to give them care above and beyond what is required.

In fact, they don’t even know the difference between a salesperson and a fiduciary (one who must always put the client’s needs first).  And, they don’t realize that the vast majority of financial service professionals do not work as fiduciaries.

Every day I have to shake some shoulders and ask: “Why would you trust a business model that revolves around selling you stuff and not your end result?  Why would you put your long-term financial well-being into that kind of conflicted model?”

If everyone in life acted as a fiduciary in every aspect of life, the world would be a safer place for all.  Peter’s friend would not have gotten drunk and driven, and he certainly would not have chosen to drag race.

Peter’s fatal flaw was failing to realize that the first step starts with being clear-headed and carefully deciding into whose hands you place said trust.  It’s a mistake he offers up to spare someone that painful lesson.

Clearly, the administration of South Side High School is acting as a fiduciary in educating  students about the dangers that can derail a person’s journey and by supporting them so it is easier to choose wisely.

At the end of the night, I complimented the principal, John Murphy, for going to great lengths to keep the kids safe; noting that in the school district where I live it is fairly common for seniors to rent a house in the Hamptons, unsupervised for the weekend.  Many parents are afraid to be the spoiler so they allow their kids to go; knowing full well that this is a dangerous situation in the making (not to mention a potential lawsuit, should things go astray).

He said that he has taken flak from parents because the school keeps Prom, post-Prom, rehearsal and graduation on a narrow timeline so kids can’t engage in an unsupervised weekend, but I am sure there are plenty of parents who are relieved that someone is truly looking out for their kids.

I’m grateful for my friend, Peter, who decided long ago that it was worth revisiting a painful decision and sharing it if it prevents someone from making an irreversible mistake.  I’m inspired by what I saw that night.   In spite of what ugliness I have seen in the financial services industry, there are many people in life who choose to do the right thing to help others and who generously share their knowledge for good; and not because they have to.

Peter is one of those guys.