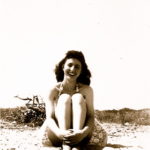 For the first time, I am glad my mother is not alive.  This virus is ugly and would have liked her COPD-compromised lungs.  And with her living far from us, it would have been a torturous waiting game.

For many, that worry is ever on their minds; or worse, they have lost their mothers (and other loved ones).  Not being able to comfort someone as they die; not being able to mourn properly adds a level of cruelty to this pandemic that would have been impossible to imagine before all this.

Yet, in troubling times, I draw the most inspiration from my mother.  If anyone could handle a crisis, it was her.  She often told me about World War II, the rationing, the fear and how, despite it all, joy was woven into life.  She (like many others) wrote letters of comfort to GI friends and family.  She cooked alongside her mother and aunts to make care packages for soldiers.  Ingredients–like resources–were stretched or wisely substituted.

She would have tips for me that I could really use right now. 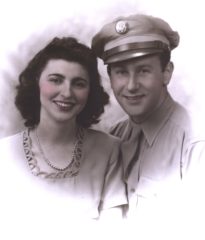 After the war, my father was stationed in a war-ravaged Germany.  Far from home, three kids in tow (and another on the way) she studied German and tried to make the best of things.  She was isolated and the Hungarian Revolution had everyone on high alert.  With no extended family in arm’s reach, my mother set out to do something that would open doors that had been closed for years.

Among the chaos going on around her, the demands of her children and the pregnancy, she made the time to write a letter to my father’s estranged uncle in Italy.  She had no idea if her outstretched hand would be embraced or smacked away.  She did it anyway.

Weeks passed with no word.  She gave birth to my brother, Gary.  She carried on and did what she had to do to keep her children believing that life was beautiful (and safe) when that was hardly the case.   She would get up in the early hours and quickly make my father toast and coffee to take with him on the many alerts that the Russians were coming.  They never knew if it was a drill or an actual threat.  He would leave and she didn’t know when or if he would return.

One evening my parents took the kids out for an after-dinner stroll.  Suddenly, my father stopped walking.  He couldn’t believe what he was seeing.  In the distance, coming towards them, was his Uncle Giuseppe and Aunt Marina.  They brought a priest along to translate and ease the tensions (in case there were any; there weren’t). Thrilled by my mother’s invitation, Giuseppe had answered her letter right away.  He announced that they would come to visit (the letter finally arrived after their meeting).

The visit was joyous; my mother recalled no hesitation in asking them to be godparents to my brother.  That was 1956.  Since then, the relationship between families has grown and extended by several generations.  It has been one of the greatest blessings.

Mother’s Day has become complicated for me, since losing my mother.  It was the last holiday we spent together – all seven of her children, numerous grandchildren and great-grandchildren.   She would pass away in less than a month; to this day, it’s hard not to equate Mother’s Day with tremendous loss. 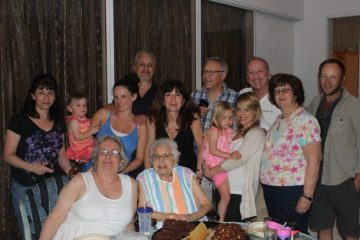 True to form, she was happy.  She felt blessed to see her granddaughters blossom into motherhood.  She knew she was dying and having those she loved near her was the most beautiful gift we could have given her.  Frankly, it is the only thing that was a comfort to us.  So today, when I think of others being denied this privilege, it’s hard not to ache for them.

On the day of her funeral, I received a message from our cousins in Italy.  They were gathering for a Mass to celebrate my mother.  That hand she had extended nearly 60 years earlier was still being kissed.

This summer, we were fortunate to make a trip to see my cousins.  We had the trip of our lives.  We planned on returning in 2020, unaware of what lurked on the horizon.  As the pandemic developed there, our cousins checked on us; they worried we were unprepared for what was to come.  Even Sara, the oldest surviving relative, calls to check on us, when she (at over age 90) is at the greatest risk.

Today, Italians also celebrate Mother’s Day.  Thanks to my Mother, I have the wisdom of her and my sister, Rosann, to draw upon, as well as an army of cousins in Italy.  As I receive their well-wishes today, it feels like a real tribute to her legacy.

Then cherish that treasure and celebrate. 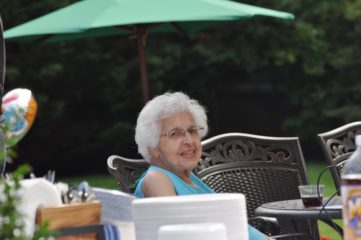